What do you get when you cross:
A friend who is the general manager at the Cattle Country Farm Park
A bunch of your juvenile mates
A great pub outing with a superb meal and PLENTY of beer
Keys to do what the hell you like after closing time at the farm park?
This is what you get...

Inside one of the multiple children's *ahem* people-of-all-ages play areas, is a great vertical topped slide stretching from the ceiling of the two story barn to the floor.
Some serious ecceleration and weightlessness is experienced, especially if you stand on the top and swing outwards with your arms before letting yourself drop!
Not that I would ever act in such an irresponsible way of course, honest guv ;-) 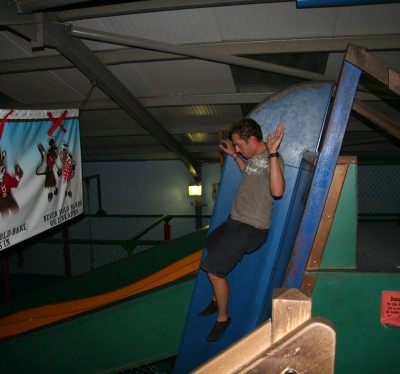 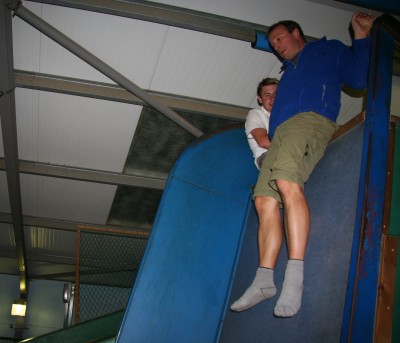 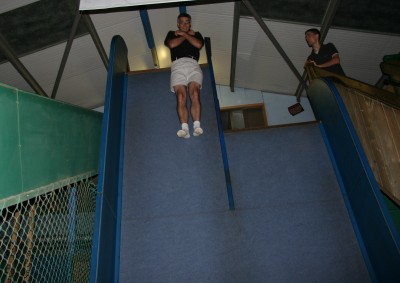 Big Rich going from the top 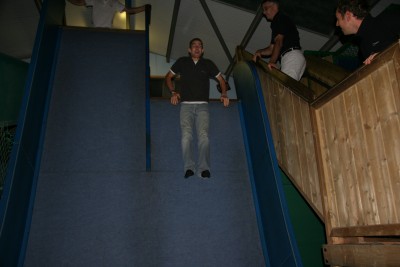 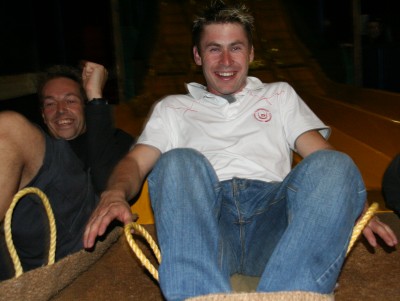 Ultra responsible general manager Martin at the end of the highly polished yellow bumpy slide! :] Thanks for inviting us all Mart!!!

After running up the stairs countless times to throw myself down the slide, I was sweating more than a paedophile in an identity parade. So, we all hit the ball pit, blacked out maze, rope bridges and many other bizarre padded contraptions. 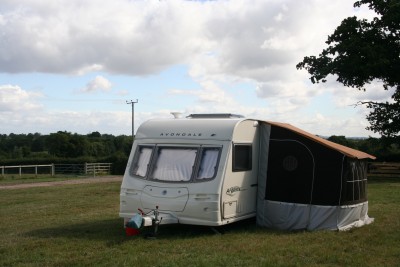 After too much drink, three of us decided we really couldn't be arsed putting up a tent at half past one on the morning, so investigated an unoccupied caravan close by and discovered we could get into the awning with ease, so the three of us grabbed sleeping bags and slept in there for the night and left the next morning without a trace of evidence we had been there!
*Dogga walks of whistling inconspicuously*

In the morning, the park was re-opened to the public at 10am, which meant we no longer had free run of the place, BUT it did mean there were now attendants for the MASSIVE zip line! 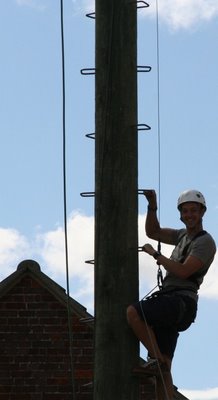 Dogga going up to the zip line platform. I can handle a single story height. 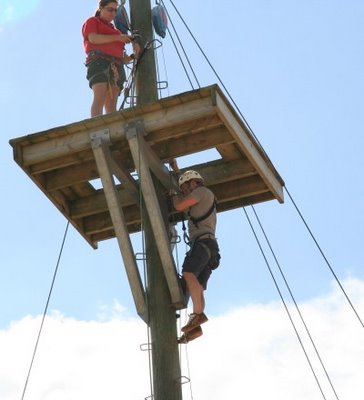 Now I'm starting to get a little nervous towards the top and deep breaths are needed as the wind get stronger and the pole sways.
The girl at the top was very pleasant and when she was hooking me up to the zip line, I informed her this was the first time I had been roped up by a girl and it actually felt quite nice... She looked a little embarrassed :] 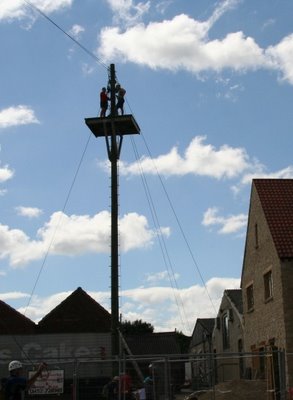 The zip line platform was 60 feet up. A lot higher than the conference room building to the right! 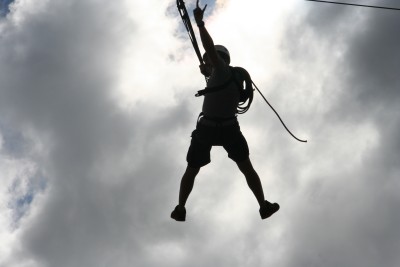 Dogga just after leaping off the platform. 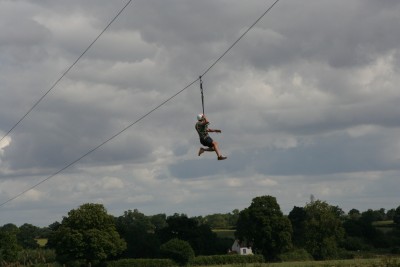 About half way down, speeding over the top of the punters in the park was great! 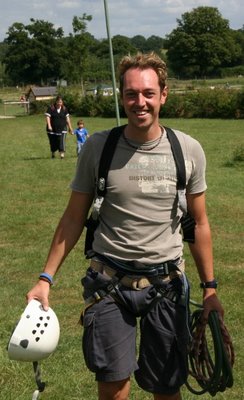 A serious cheesy grin after coming off the zip line. Added pleasure of wearing all the harnesses etc of course... Mmm I do like that! ;-> 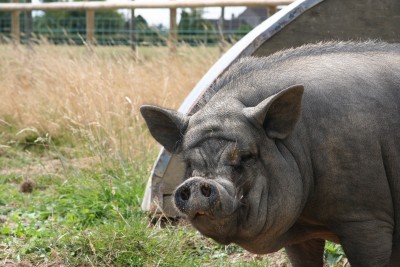 There were many animals on the farm from Bison to rabbits, but I took a shining to these pigs. 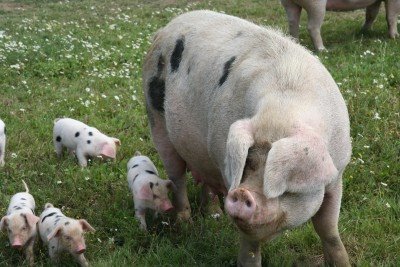 Aww, look at the little piglets!!!

Today, I'm Most Angry About: Running out of beer at home! Grrr
Grrr-O-Meter Rating: 3/10
Scrawled by Phil

Wow! You have the most fun of anyone I know!
Cool ride on the rip line...
I like the harness gear too ;)
Funny how the girl blushed when you mentioned the ropes.

As for the other pics; mmmmmmm, bacon!

This behaviour goes some way to explaining why you got barred from that pub;-)
Can I have an ickle piggy please?

By the way, that is not a Pig, that is a HAWG! hehe
That's the way southerns pronounce "Hog"

Running out of beer makes me angry too.

Jan:
Oh cool! I've not heard about that before. Thanks for the link - I feel a visit is needed. :]

Mr Hutton:
Hahaha, yeah maybe!!!
Yes you can have a piggy - one is on the way to you first class post.

Sarah:
It's not good is it! A trip to the supermarket is needed, unless you can send me a couple over for tonight? :]

You really do have an amazing and fun filled life. And maybe you just post the best bits than let me just say that you have an awful lot of best bits. Superb, keep up the good work!
I am actually quite amazed that you can still come up with any Grrrr moments :)

Oh. My. God. I wants a pigly wigly. Tell me you stole one and took it home.

Hmmm... I wonder how much the shipping would be from Indiana to the UK??

Sarah:
...and if the bottle would actually survive? Maybe worth a go for a laugh! :0)