Pin the Piercing on the Colleague...

Today at work, we played pin the piercing on the Lewis.
Lewis is a work colleague who has recently embarked on becoming a trainee Research and Development engineer, but due to his sub 20 years of age, making him the youngest in the department, he immediatley qualifies to be the subject of pranks and banter. This will continue to be the case until he is superseded by a younger employee.*
Today, he was telling me a gruesome story about some of his friends who went to have their tongues pierced. There followed the predictable story about one of them bleeding profusely and having to attend A&E. Strange that!
I asked Lewis why he hadn't had a piercing done himself, and then took the liberty of making up the game 'Pin the piercing on the Lewis' so all colleagues could have a say in where they think he should get a piercing. It doesn't take too much imagination to gather where all the suggestion markers pointed to! (Younger son of the Duke of Saxe-Coburg-Gotha)
Here is a picture of the piercing template and the boy wonder himself, Lewis:

This leads me onto a BIG welcoming of an old friend to work, who started today after 15 years at his former employers. 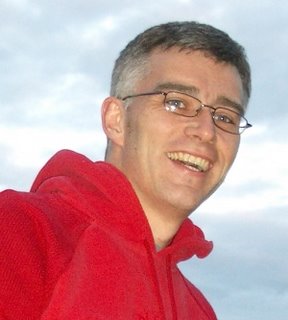 This friend is now called, 'The Enforcer'. I don't really know why, but the sales and marketing manager spontaneously came up with the name for no good reason. Maybe it has something to do with him being about 6'4"? Who knows, but lets see if the name sticks!

'The Enforcer' will be working with myself and other colleagues, including a current employee who we now call, 'The Economiser'. 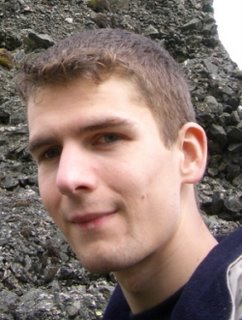 'The Economiser' turned up at work last week in a Mercedes C class and then later that day, justified his purchase with a sentence comprising of, "Well, I bought it for its low running costs and good fuel consumption". This lead to much hilarity, several references to the Honda Jazz and the fitting name.


[* Yes, this is standard legal procedure, and yes I was once there too and experienced many a joke-at-DoGGa's-expense. Plus, due to there being a fellow employee with the same first name as me, I ended up with a 'little' prefix to my name, as to distinguish us from each other, which has kind of stuck ever since. Grrr]


Today, I'm most angry about: Not being able to get my Belkin USB Bluetooth adapter to work.
Grrr-O-Meter Rating: 2/10
Scrawled by Phil

I wonder which colleague will notice a reference to them first?

I dont think the prefix 'little' was anything to do with there being someone else there with the same name ;-)

Hahaha, how rude! Saying that though, yes, the 'Little' prefix would have been valid either way! ;->

This colleague did eventualy !
That enforcer looks a real Tyrant - I wouldn't f*%^K with that bad ass !

I really enjoyed looking at your site, I found it very helpful indeed, keep up the good work.
»

I really enjoyed looking at your site, I found it very helpful indeed, keep up the good work.
»