A Weekend Up Norf...

This weekend I went with friends for a weekend in and around a lovely little spa town in Derbyshire, England called Buxton. 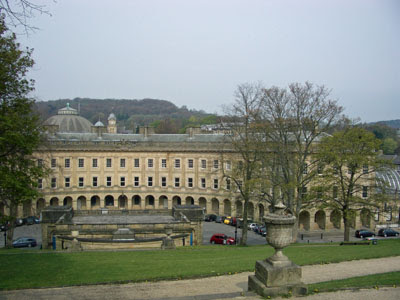 Landmarks Buxton Crescent and the dome 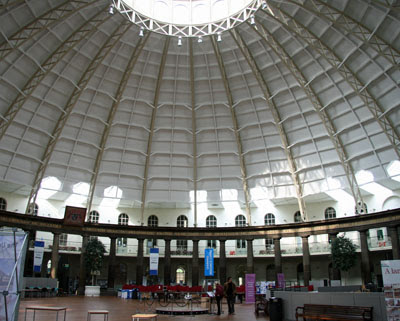 Inside the dome, which is part of Derby University. It was the world's largest unsupported dome and has a HUGE pendulum suspended from the middle of it for this reason! 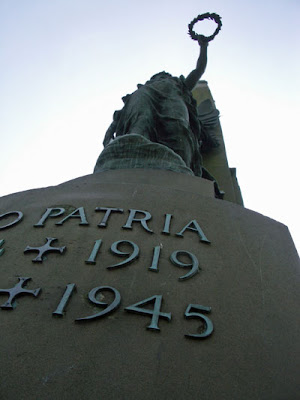 A statue at St. Anne's well 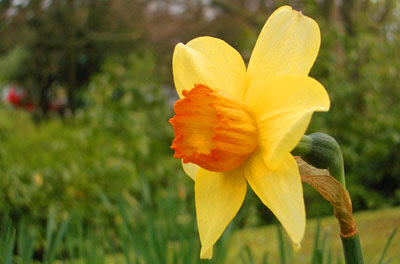 A daffodil
(You don't say!) 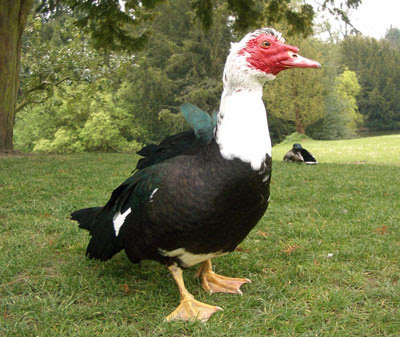 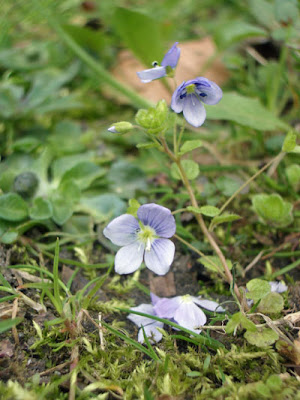 We stayed in a traditional stereo typical eccentric English hotel

The hotel room keyring was just one of the many peculiarities! 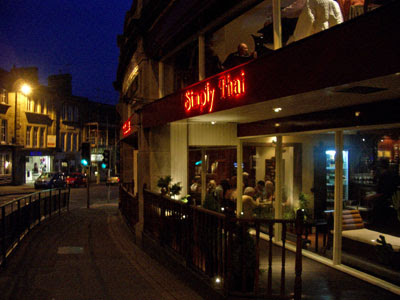 Both nights we ate at this SUPERB 'Simply Thai' restaurant 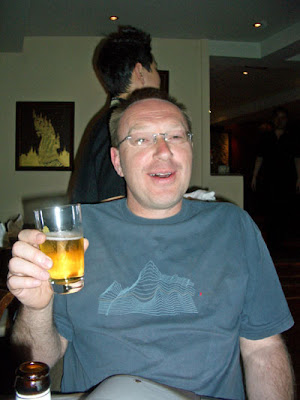 Roy - who later started on one of his many highly entertaining random stories about a house he's doing some work at that doesn't have a front door and the owners just appear out of a cupboard somewhere! WHAT??? LOL 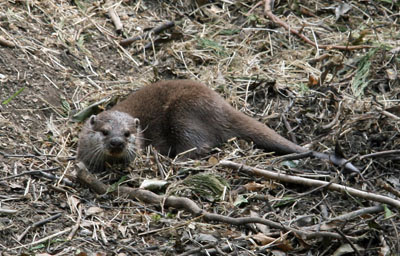 Then visited the Otter, Owl and Wildlife park... 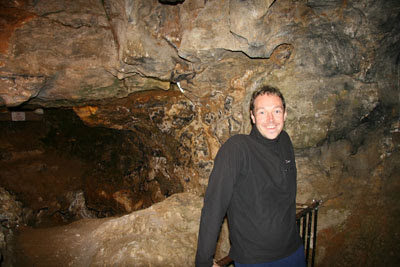 Then went 300ft down in the Blue John Cavern...

The guide was a typical northerner and very entertaining.
His best line was when he chipped off some quartz for an 8 year old boy and said, "Ere ya gor lad, you cun probableh trade this int' playground for sum fags" much to the horrified look on his mothers face! (Fags are cigarettes, for you Merkan readers out there :]) 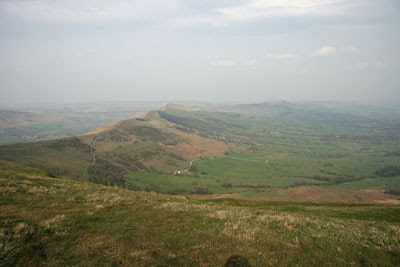 Then walked up Mam Tor... 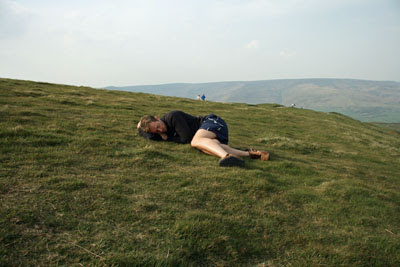 A quick half-hour dognap at the top in the sun was called for :] 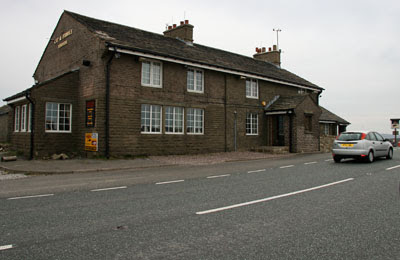 On Sunday, a mate and me went to the second highest pub in Britain, the 'Cat & Fiddle'.
We met up with fellow blogger Stu and his friend Helen to accompany them on an 8-mile that turned out to be 9-mile walk 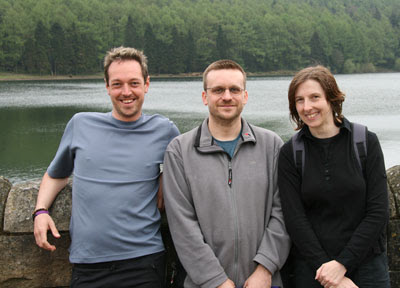 DoGGa, Stu and the lovely Helen.
I don't have two peanuts stuck up my top... Honest guv! 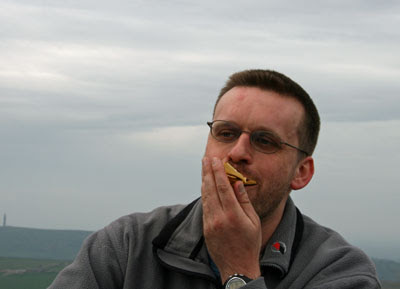 Stu, it's not big or clever to see how many crisps you can stick in at once :] 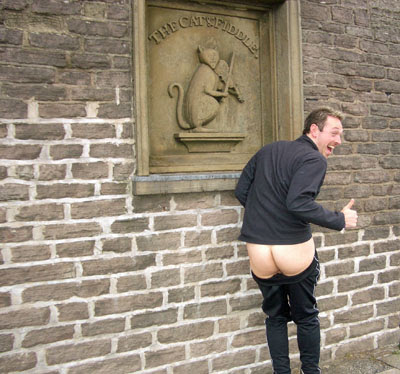 Obligatory moon shot outside the pub infront of oncoming traffic including Stu and Helen departing! TeeHee :)

Today's Top Tip: Suck the eyes from attacking zombies using a Black & Decker 'Dustbuster'. The zombies will then wander around aimlessly and can be despatched by the usual methods at a more leisurely pace.

Hurrah! The arse at last!

*shakes head and worries about Dogga's predilection to show off his arse* ;)

Nice post, its a really cool blog that you have here, keep up the good work, will be back.

You just can't help yourself, if you ask me that "fanny" needs firming up a bit.

I went into a pub in Buxton once and everyone turned round and looked at me as the place fell silent, rather like the start of American Werewolf in London. I left and found another pub!

Not only a voyeur but a blog thief too....I stole your chocolate bunnies picture(my arse hurts...what?) for my desktop background(blush)
I see that Roy was commanding an audience again...people coming out of cupboards - Hmmmm, another exagerated Smithy tale!

That otter is too cute! Oh, so that's the place you had thai and too many beer? YUM! :O)

Andre:
Hahaha, yeah, I need some fanny firming :0)
I too have experienced that American Warewolf in London pub thing, but not in Buxton. Maybe you got unlucky?
Didn't think about cycling, but yes, sounds like a future plan!

Pat:
Hello and welcome Pat!
Feel free to comment or pinch my pictures. If you want proper resolution ones, just comment or e-mail and I can send them to you.
That choccy bunny one still makes me laugh now! :]
A tall Smithy tale indeed I'm sure... Roy, exagerate, surely not! :[]
Glad you like my bum :0)

Mellow:
Otters are just too damn cute for words.
Yeah, that's were I've been scoffing Thai food indeed. I did not spot a vietnamese in Buxton :0)

Looks like you had a lot of fun! Hmmm, beer.

A Muscovy duck; and the flower is speedwell. :)

Snay:
Hello and welcome!
Fun was had and beer was drunk indeed:]

Jan:
Ah, well solved! Thanks for that :)

You haven’t been exposing your bum enough; you need to get some colour on those cheeks ;)

Dakota:
LOL... Yes, it's the start of summer and those buns need some sunning indeed!
Cheers Dakota :0)

Half way down I was thinking "Where's the arse?" and there it was at the bottom.
Buxton, up north? Some folk think Derbyshire is well souf, me duck.

Hutters:
Hahaha, no pun intended! I'm glad I didn't fail you :]
Your talking to a kidderminster boy ere, Buxton is weeelll up norf to me :0) LOL

One of these days you'll post an entry without a photo o your bottom or weird leopard print thongs etc.

I went to Buxton on a family holiday years ago. Went to most of the same places as you.

Did you go and drink Buxton water from the spring?

Once again, something for everyone! The dome structure is fantastic. I would love to hear the acoustics in that place.

Rob:
Ooh, maybe... Probably not though :]
So you're familiar with the place then. I love it, but did not drink the water, although wish I had done now though.

Toccata:
The acoustics in there are mad. The reflections come back at you so clear and undegraded. Your echo appears right next you and anyone in there sound like they are stood next to you! I'm very much into sound and audio, so why do you ask that question? Musician perhaps? :)

you just could not stop yourself putting a picture of your butt could you!

I think your purple flowers are the Anagallis Arvensis - though I am only starting to learn my flowers now, so I am not sure. See here: http://www.british-wild-flowers.co.uk/P-Flowers/Pimpernel,%20Scarlet%20(4).htm

Oh, and by the way, check out what they are otherwise known as!

doesn't have a front door and the owners just appear out of a cupboard somewhere!

Obviously, it's some kind of Harry Potter thing going on there.

And I laughed out LOUD at the "playground for sum fags" remark. (I may be Merkan, but I'm familiar with the venacular.)

As usual, amazing photos. You're turning me into an armchair traveler!

Boo:
Of course... Where would this post be without it :0X

Kouros:
Ah, cheers for the link. JG reckons they are speedwell?
I dunno though, both look right to me :]
What are they also known as then?

Monkey:
Hehe, yeah, he can get very surreal after a while, but it has me in stitches.
The fags remark still makes me laugh now too :]
Cheers Monkey!!!

JG is more likely to be right, go with her! The plant I was referring to is a subspecies - otherwise known as The Scarlet Pimpernel... only this one is blue.

Kouros:
Ah, I see! I'm no good on plants... Much better with animal recognition :0]

You have the best life. I am so glad Monkey's blog led me here!!!

Spinning Girl:
Hello and welcome!
Hehe, I lead an interesting life at times, but it's not without its troubles too - I just rarely post those bits :[]

Glad you like it and feel free to pop by anytime, you're more than welcome :0)

That sounds like a lot of fun, I really liked the hard nipples in one pic and then the ass shot in the other!

Jenny:
Haha, yes, the latter part of that entry was rather body part orientated, but glad you like ;]