There's Something Fishy on Them There Moors...

Due to this unprecedented run of scorchio English weather, the weekend comprised of many summery activities, including an afternoon walk up Ashes Hollow upon the Long Mynd: 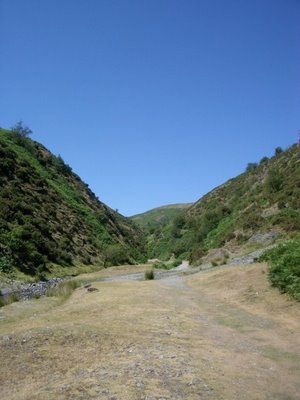 I've mentioned this before, but these pictures were taken close to the Geocache 'A Bridge Too Far', but it was far too hot to take the detour and visit the cache.

The last time I trotted up here, it was in the depths of winter with snow and ice all around, so the valleys look very different in the light of a summer afternoon. 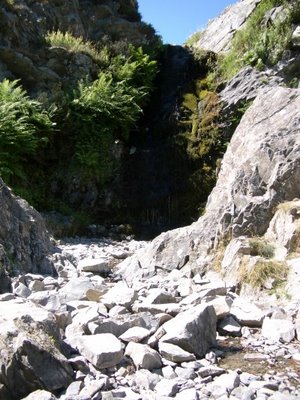 This waterfall is mere shadow of its former self and pretty much dried up. A very different waterfall to the one seen in the above 'last time' post!

Despite getting a nice tan, the sun caused me some serious body fluid loss via the bodily function of sweating on the trudge up. Sweat started running off my forehead and onto my eyes, which wasn't too bad, but I had just applied some factor 15 to my face, so the sweat now contained diluted sun cream and when it inevitably ran into my eyes, it stung like a baaahhhstard making me put my hands over my eyes like a pepper spray victim. :[

This poor sheep's diet is going better than mine, by the looks of it! I wonder what its secret is and Monday morning weight in was? I couldn't get much information out of it: 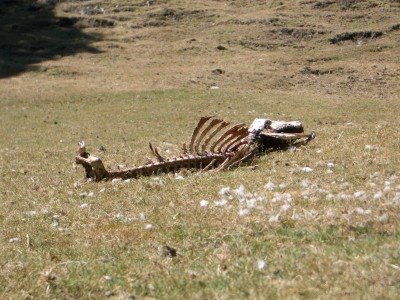 So, "Why fishy?" I hear you ask!
Well, there were two fishy things in both senses of the word and this was one of them: 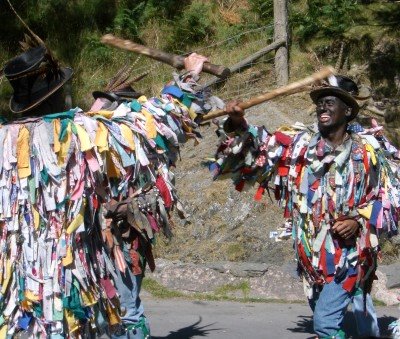 The Bedlam Wild Border Morris Dancers were performing outside a cafe and yelping to there hearts content - one guy in particular (see below) kept on grimacing and shouting, in a Brian Blessed kinda way, at the on looking children making them jump and giggle: 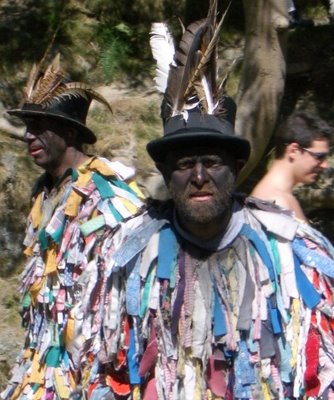 Now I know Morris dancing is a very old British tradition, but really now, come on, what is it all about? :)

The second fishy thing was the very rockin' very large freshly made granary bread 'Manwich' I ate, stuffed with prawn and taramasalata! Mmm… 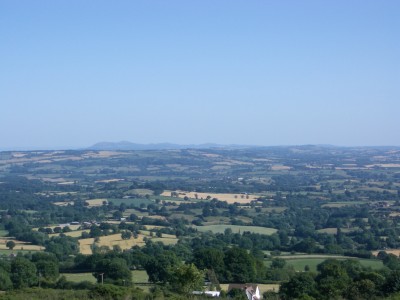 ... And no, this isn't a prawn sandwich; it's definitely typical English views from the side of Titterstone Clee Hill. An amazingly clear day due to the summer breeze! 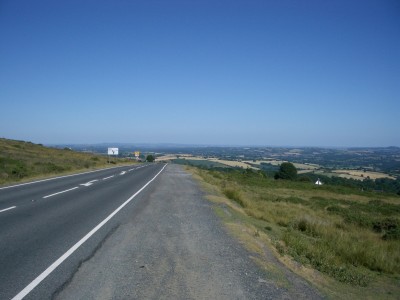 Today, I'm Most Angry About: My teeth being particularly sensitive, for no good reason and it making me pull a face like the generic impression of an old person without any teeth! :[]
Today's Grrr-O-Meter Reading: 1/10

Those guys scared me.

By the way... Tubing... We hook a tube up to the back of the boat and allow the driver to relentlessly drag us all over the lake until one flies off and smacks the water full force.

We are having the same sort of weather at the moment and are now “enjoying” the second heat wave of the year. Not the best weather to take a hike (because I really go Grrrrrrr when sunscreen mixed with sweat finds its way to my eyes :()

The pictures of the Morris dancers surprised (and scared ;)) me…. aren’t they perspiring? How does that black stuff stay on their faces? Amazing……..

Great pics, looks like a really good day - lots of grimacing and gurning all round! The sky looks lush, much as I love a cloud I love the blueness of a totally blue sky. It was like that here yesterday. Loverly.

Baaaaaaaa what an antisocial sheep, how hateful of it.

Sarah:
Me too! I had to go to bed with light on all night after seeing them! :]
Yes, I know tubing now!!!

Dakota:
It has just hit 40.4 degrees over here, according to my thermometer! :[]
Some of the Morris Dancers were sweating, but it had no effect on the black stuff! I bet that took some scrubbing to get off. :]

Kees:
Thanks!
I love the way the blue fades from the light Royal Doulton blue at the horizon to the darker blue above.

Is it hot everywhere in the world? Scorching here! I can't remember when I wore long pants last ;-)

Your are Nice. And so is your site! Maybe you need some more pictures. Will return in the near future.
»